Listening in on the new Britannia Hotel

Jeaneth Mørum on 29 August in AV

The prestigious Britannia Hotel in Trondheim has opened its doors anew. With its impressive five stars, the 150-year-old hotel once again offer guests a very warm welcome – and now with a modern touch.

Swedish Mikael Forselius has been a waiter, a sommelier, a chef and head-chef during his career. At one point, he opened seven restaurants on the same day. He has thirty years in the hotel industry, and today, he is the director of the new Britannia Hotel.

Ever since I started my apprenticeship at the Grand Hotel Stockholm, my goal has been to lead one of these prestigious hotels. Now, the circle is complete. I want to stay here for a long time.

Headed for another 150 years

Myhre bought Bishop Gunnerus Farm, in Dronningens Gate 5, and opened 20 rooms. The idea was to attract British tourists, and so he wrote "We Speak English" on the door, served afternoon tea and named it the Britannia Hotel.

Odd Reitan, the owner, dreamed of Britannia Hotel since childhood, and in 2015 the dream finally came true. He bought the old, worn-down hotel. After a full renovation, it reopened in April 2019 –starting a new chapter for the “White Swan”. According to Reitan, the hotel is ready for another 150 years.

The White Swan is already in the luxury hotel chain “Leading Hotels of the World” and is the world's Northernmost 5-star Grand Dame Hotel. The hotel has six restaurants and bars, a spa, a fitness center, conference facilities and 257 rooms – eleven of them suites. 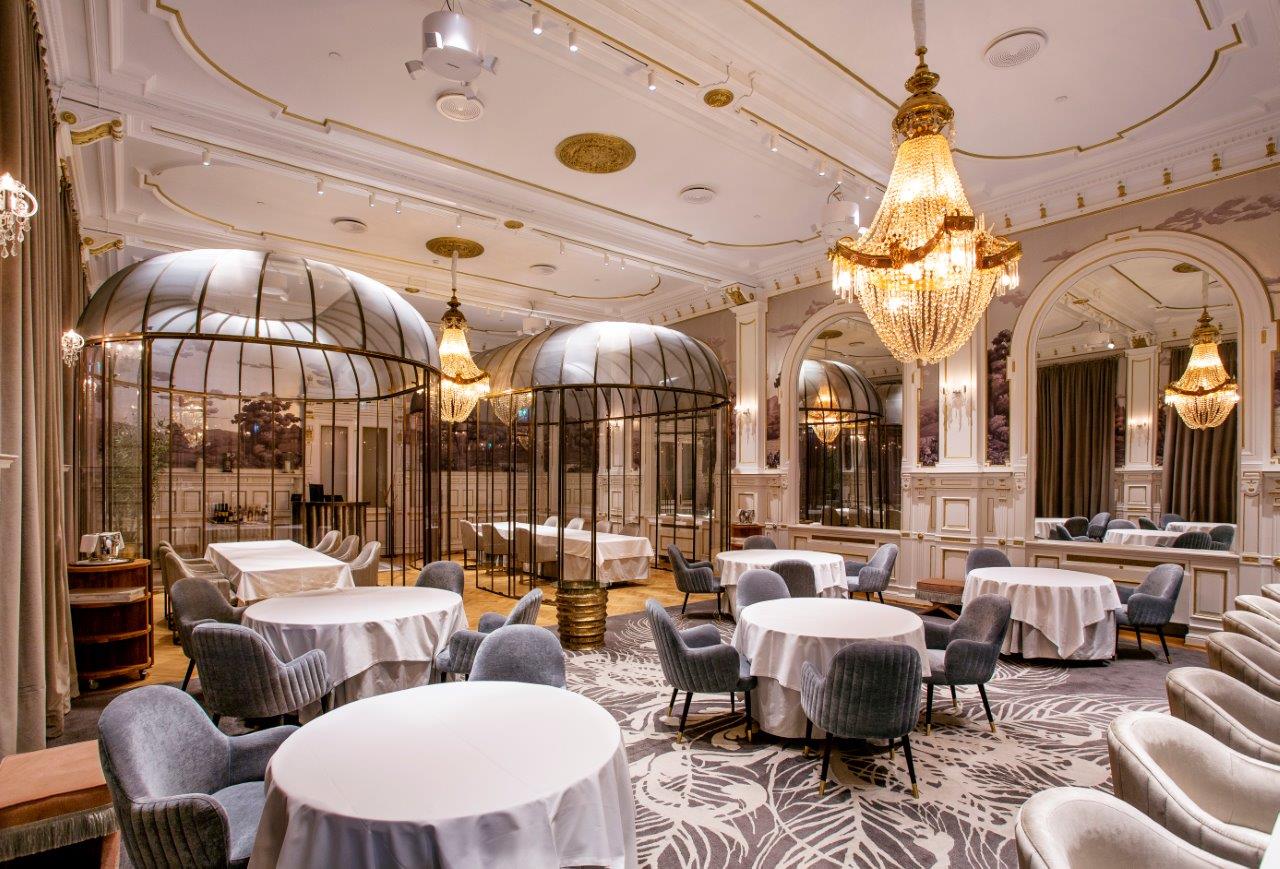 After being welcomed by the hotel's concierge, one is immersed in the stunning architecture and intricate details. The floor shimmers with Italian marble and in the background, there is a deep, relaxing beat. With the renovation, it was important to respect the history and preserve as much as possible, says Forselius. At the same time, a lot had to be renewed. The entire hotel is therefore equipped with state-of-the-art technology in anticipation of the future.

"We focused on the entire journey of a stay, from the booking to exiting the door. The hotel is comfortable, it has the right lighting, various sound zones and the meeting rooms are equipped with technology that really works."

The Sound of Britain

Thomas Berg is the Head of Conference and Classes at Britannia Hotel. Like Forselius, he worked closely with Kinly, who provided AV solutions to the entire hotel. Over the course of three years, Kinly has equipped the spa, the public areas, restaurants and bars as well as the hotel's conference environment. Bose is the sole provider of sound. 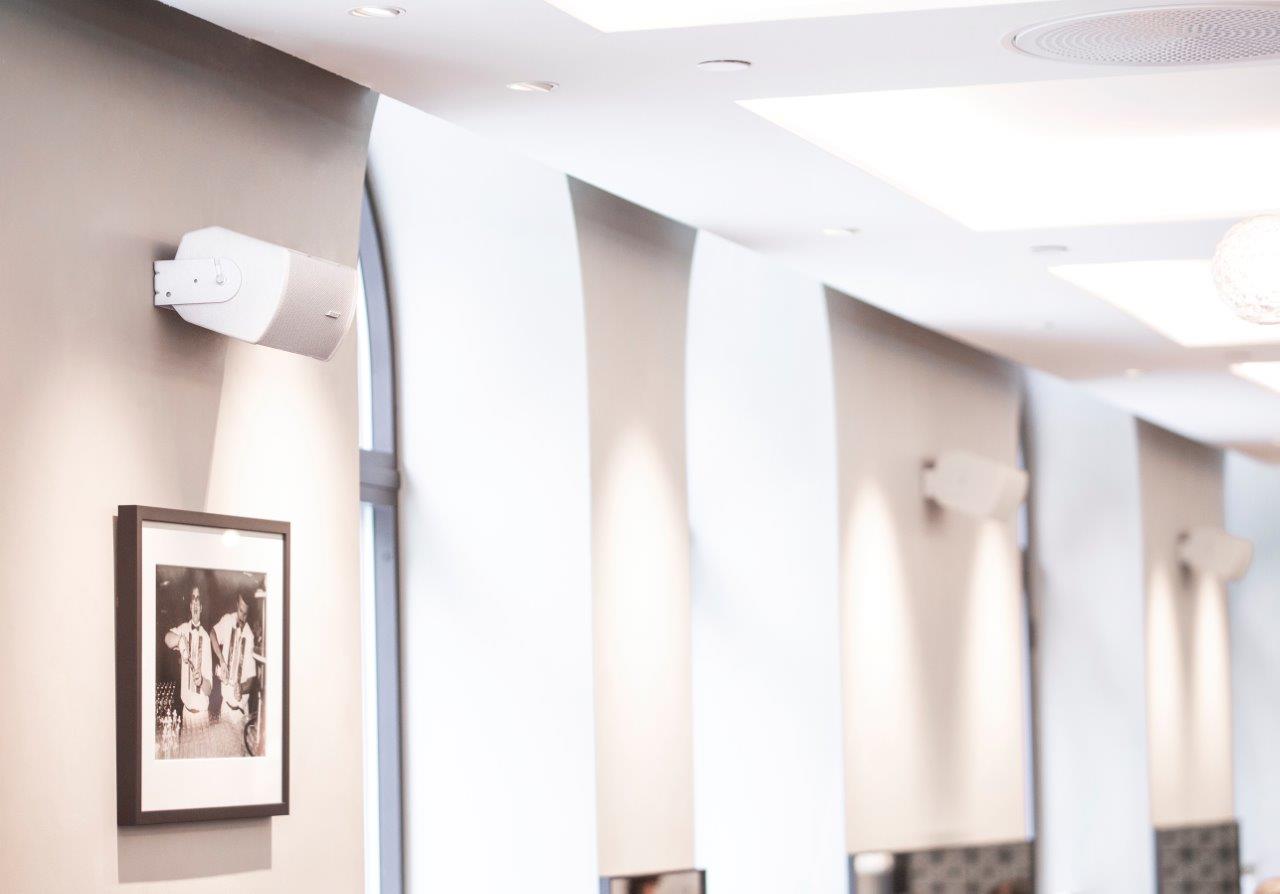 "The hotel now has 600 speakers in various sizes, with additional amplifiers and DSP’s. Bose calls it Northern Europe’s – if not Europe's – best Bose installation" Berg reveals.

Forselius explains that each concept was to have its own identity, with a specific interior, menu and separate uniforms – even zone-specific lighting and sound. The hotel is therefore divided into a total of eight different music-zones. The spa enjoys quiet, relaxing music, while the brasserie has a French touch and DJ in the evening. The cocktail bar is cheerful jazz, and the palm-tree garden has piano music playing softly in the background.

"Walking through the hotel is a dedicated journey of sound, with music that fits each individual concept. This holistic mindset has been very important to us" says Forselius.

Berg explains that the sound-zones will often surprise the guests.

"They recognize the concepts as they move around, and hopefully they find that the music contributes to character and class. We call it the sound of Britain!"

To keep the classical, stylish impression, it was important that all the AV equipment was installed seamlessly into the interior.

"A big part of the project was to ensure that the technical components were hidden, without any visible cables or wires. Now, everything looks smooth – but still has that amazing sound and image we wanted. As a result, the guests are impressed and the staff are proud" Berg explains. 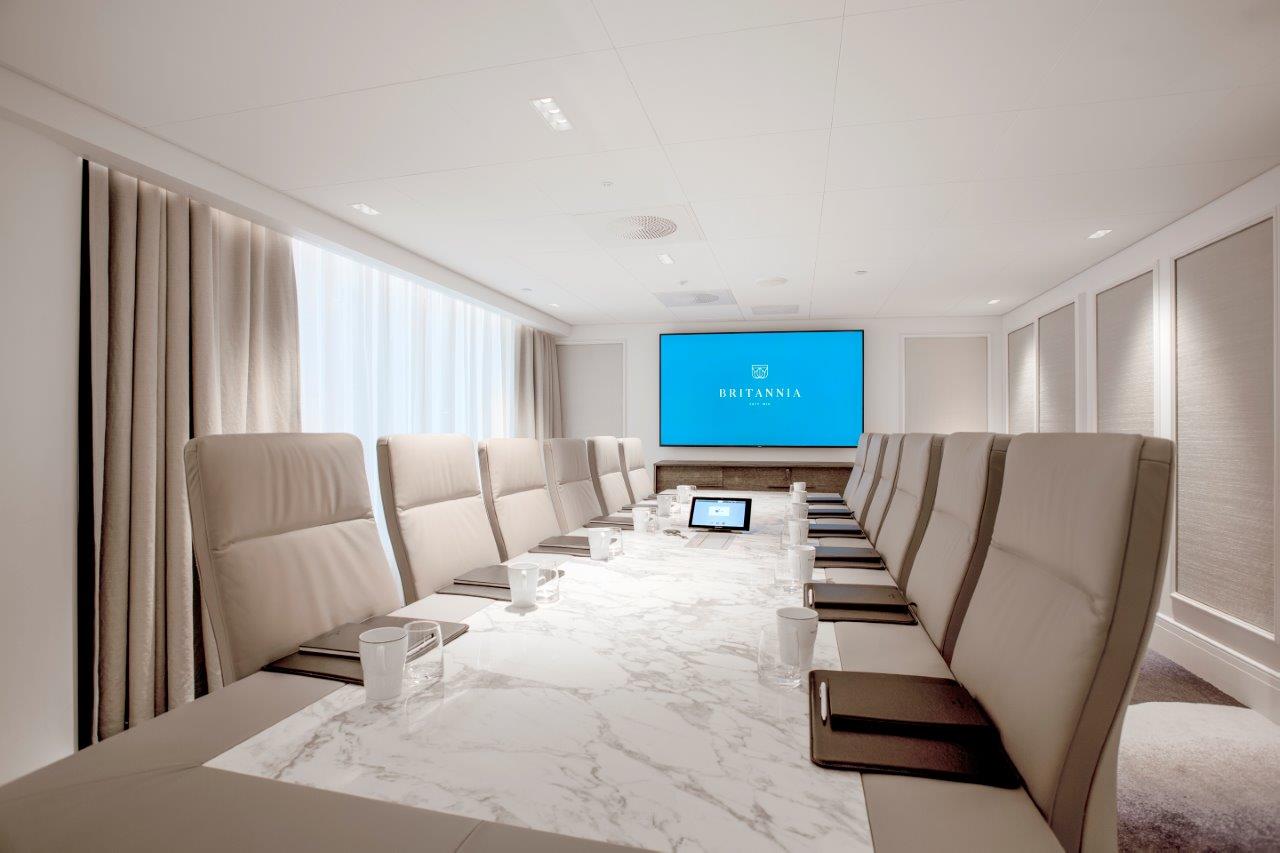 The class- and conference section has thirteen meeting rooms and a sizable lounge. Additionally, the ballroom is also the hotel's largest conference hall – housing 300 people. Britannia Hall has a variety of uses, including weddings, graduations and banquets, birthdays, holiday celebrations and theatre.

A close cooperation with the AV supplier was crucial to obtain the White Swan’s technological ambition, Forselius says.

"Kinly has been with us for two years now; throughout the project. It has given us peace of mind. They have been very flexible, and everything was delivered on time – making this entire process incredibly comfortable" the happy hotel-director concludes.