Jeaneth Mørum on 26 March in Collaboration

Siw-Gøril Nystad Wiik has now worked as a Customer Success Advisor in Kinly for six months. She has become a valued addition to the Kinly family. Siw nevertheless turns out to have many talents, and speed, she is not afraid of! 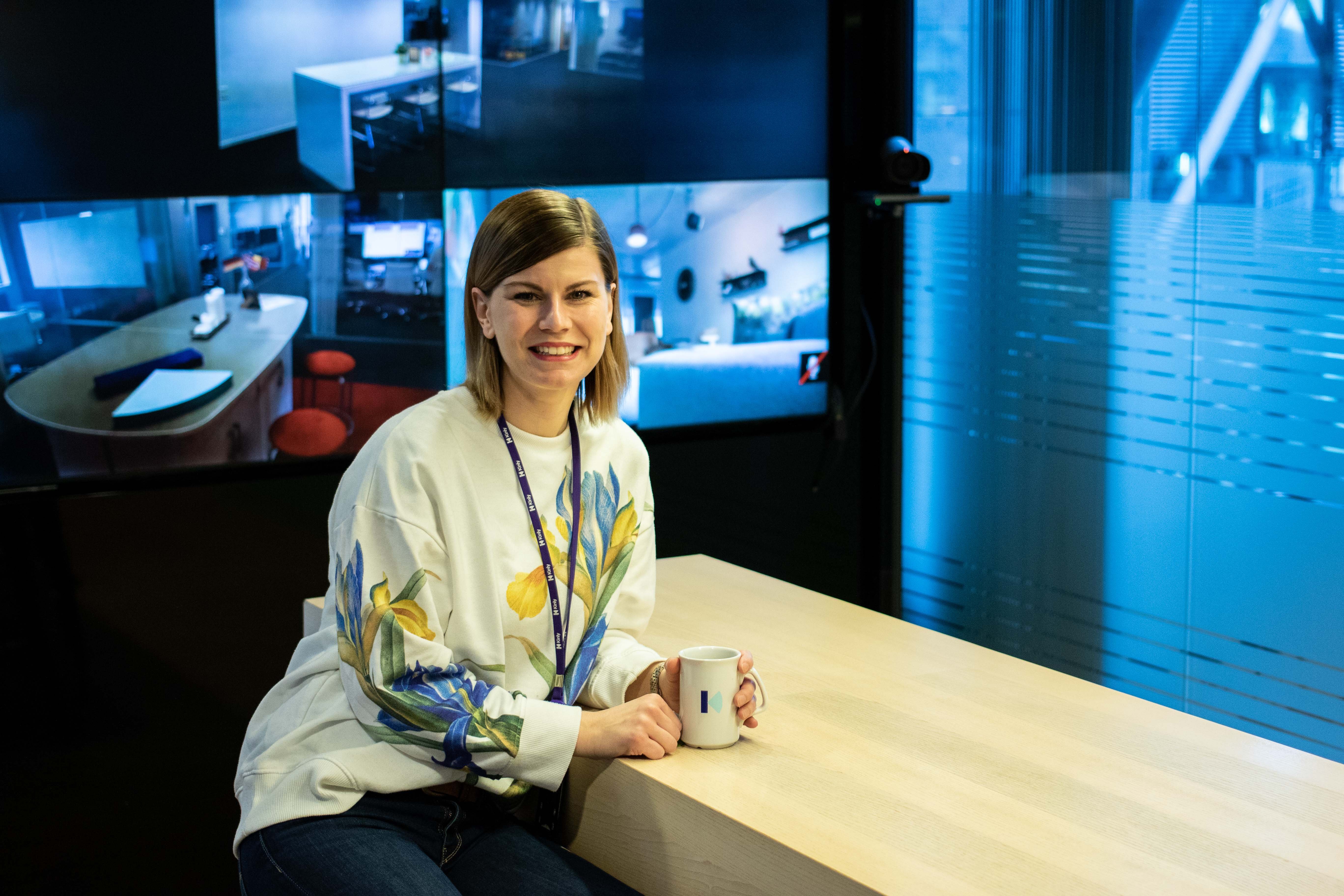 The Norwegian claims she has always been of the curious type.

“In my childhood I spent a lot of time in the garage with my father and his Ford Mustang. Just three days after I got my driver's license, I was participating in my first drag race." The following year she ran Top Fuel, the fastest class in this sport. From 8,000 horsepower and 500 kilometers per hour in five seconds, the road went on.

Siw holds a bachelor's degree in digital media production and a master's degree in television documentary production. Work experience in TV2 resulted in a freelance contract, where, among other things, she had fulfilled the dream of the Olympic Games in Sochi. After this, she packed her suitcase and followed her dream of working in New York.

“In collaboration with TV2, it ended in a half-year stay in the US, where I followed Mats Zuccarello in the Stanley Cup playoffs”.

Back in Norway she got married and had a child, and the freelance work became challenging. Siw then returned to school to continue her studies. As a lecturer with a vocational education, she taught at VGS in the home district, before moving to Asker with her family.

Siw also has several years of experience as a hotel receptionist, so she applied for a reception position at Kinly in Fornebu.

“After the interview I was in no doubt. Here I had to work! The place was filled with positivity and had a great atmosphere”.

The reception job did not materialise, but one day she received a call.

“It was Ketil Vindenes from the Customer Success team in Kinly. He suggested that my combination of skills and experience would make me a good resource in his team. Of course I said yes!”

As a Customer Success Advisor, everything Siw works with is delivering services to ensure that the customer gets the most out of the technology they invest in. To achieve this, the end users need to understand how to use the technology. This is where Siw and her team come in.

“Often, decisions about new investments are made by managers, but the many employees who are to get a new type of solution in their working day often have different experience and knowledge. Where someone has a very good understanding of technology, others find that new solutions can be overwhelming. We want to facilitate the entire width. That's why we go in, preferably as early as possible in the process, with advice on tailor-made adoption, training and support”.

The Customer Success team produces, among other things, promotional videos that introduce technology that employees should use. Then follow different forms of training, either at the customer site or over video. As a supplement to training, short e-learning modules are produced. A concrete example is found in telemedicine, where Kinly offers scenario-based training. Here the users learn the tools by working their way through different scenarios. Webinars are also used, for example when the customer has offices in several places.

Siw says that good dialogue with the customer from the start is absolutely key, where they together make adoption and progress plans to achieve the best possible return for the customer - now, and in the long term.

Learning is to discover

The videos produced by the Customer Success team are the Siw that stands for. Every day she also uses her educational background.

“Businesses consist of individuals with different needs and desires. We know that the working day is made more efficient and improved when the tools are put to good use, but as is often said; "Learning is to discover". To help end-users discover the relevance and benefits - and thus the value - of new technology, we assist with practical, interactive, and task-based training”.

Siw says that the good feeling she got in her first meeting with Kinly is something she knows every day, even half a year later.

“Kinly consists of a rich diversity of people, where everyone gets space and is taken care of by each other. Such a culture is simply lovely to be a part of”.

In addition, she really gets to use her own expertise and experience.

“Often challenging issues appear at the last minute. The ability to focus and block out what's not important is something I think comes from car racing. The pedagogy is of course also very useful in my everyday life, as is the experience of video production. With frequent customer contact, the receptionist gene also comes in handy, and finally, Kinly is a global company. The English study and the time in the US were therefore not wasted either”, Siw-Gøril smiles.

Although Customer Success consists of a relatively new and small team, they work closely, often using video on a daily basis.

“With video, all our interaction becomes effective without compromising quality. When we meet colleagues who live in other cities and countries, we avoid spending time travelling, which also saves the environment. This is the core of what Kinly stands for”.

Not least, Siw is very pleased with Kinly's commitment to Customer Success and looks forward to the continuation.

“If end-users fail to use the services, then our business and industry will lose value. After all, it's the people it's all about; it is those who will use the technology and get an improved working day. Then we must listen, understand, learn and follow up. This work is incredibly exciting and rewarding and makes me look forward to going to work everyday”.

p.s (As a side note she won the local drag race.)

Get to know Siw and our Customer Success services better in this video!