With access to video conferencing solutions and services, Wellesley Petroleum now spend far less time and money travelling between their offices in Stavanger (Norway), and London. In fact, daily video-meetings between oilrigs and land-based offices are now essential to maintain efficiency. 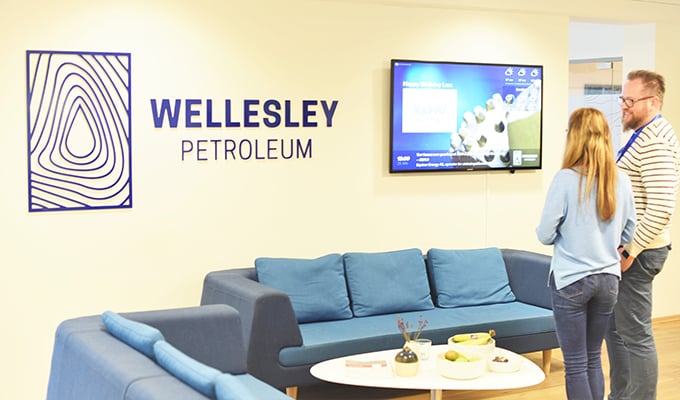 Wellesley Petroleum is an independent company, founded in 2015. They do oil and gas exploration along the Norwegian Continental Shelf, and a routine operation normally involves around 150 people, where the majority – approximately two thirds – operate the rig. The rest work from shore.

The London office focuses on finance and business development, while Stavanger deals with the operative duties and technical solutions. André Steenmark-Rødder, in Stavanger, is the company's IT coordinator. Early on – before the firm was even a year old – he saw the need for video and reached out to an acquaintance at Kinly. Together, they hunkered down to identify Wellesley's needs and uses for video conferencing solutions.

"I wanted the ones that were simple and intuitive to use, and I knew it was something Kinly could deliver," says Steenmark-Rødder.

According to Steenmark-Rødder, the leaders in Stavanger keep close contact with colleagues in London. Video conferences between the two offices have become a daily occurrence and, on top of that, real-time communication has grown vital for offshore operations. 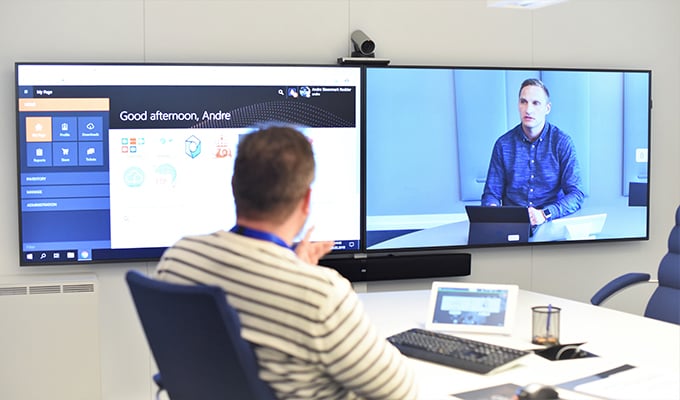 "With all the people involved on rigs, land and at various subcontractors, the operations fundamentally depend on frequent meetings. For example, seismic data and logs from drilling holes must be displayed and discussed. We use the ‘share’ option a lot," Steenmark-Rødder says.

He reveals that the video conferencing rooms are almost always fully booked. In Stavanger, Kinly customized and produced three such rooms and London is now following suit with two rooms and a third one underway.

"Without these meeting rooms, we would have to travel constantly. Hopping on a plane, only to participate in an hour-long meeting is far from pleasurable, let alone productive; it is expensive, time-consuming, not to mention bad for the environment," says Steenmark-Rødder.

The equipment must be reliable. It needs to work. Steenmark-Rødder is the only employee, in Wellesley Petroleum, with any IT-experience on video solutions – but he has several other duties keeping him occupied, which is why he opted for the Smart Monitoring service from Kinly.

By letting Kinly take the wheel, he concentrates on performing his duties in full, instead of acting as IT-support. He can let go, knowing the equipment is continuously operated, supported and maintained from Kinly's operations center.

At Wellesley, and among their partners, multiple different technologies and devices come into play. To secure smooth communication and a continuous workflow, Wellesley has adopted Kinly Cloud. It lets them connect physical meeting rooms to a virtual space where they can easily meet and work together through video. The Meeting Access service allows multiple video systems to participate in the same meeting – such as Skype for Business and Google Hangouts Meet – and the One-Button-to-Push (OBTP) solution makes it easy to connect.

"With such flexible solutions, meetings are easy despite the distances - despite the different technologies. With One-Button-to-Push, we can start a meeting with a single tap on the touch panel. The system reacts and automatically dials the address listed in the meeting request," Steenmark-Rødder explains.

"We simply forward the invitations to the meeting room now. When the meeting is scheduled to start, the users press the green join-button to enter from our Cisco video conference room. It is so much easier when a single touch of a button is all the system needs," he says.

The IT-coordinator asserts that well-oiled solutions and equipment are essential tools in their day-to-day operations.

"Interacting and communicating well with each other and with our partners – regardless of time, location and technology – is vital to our success," Steenmark-Rødder concludes.